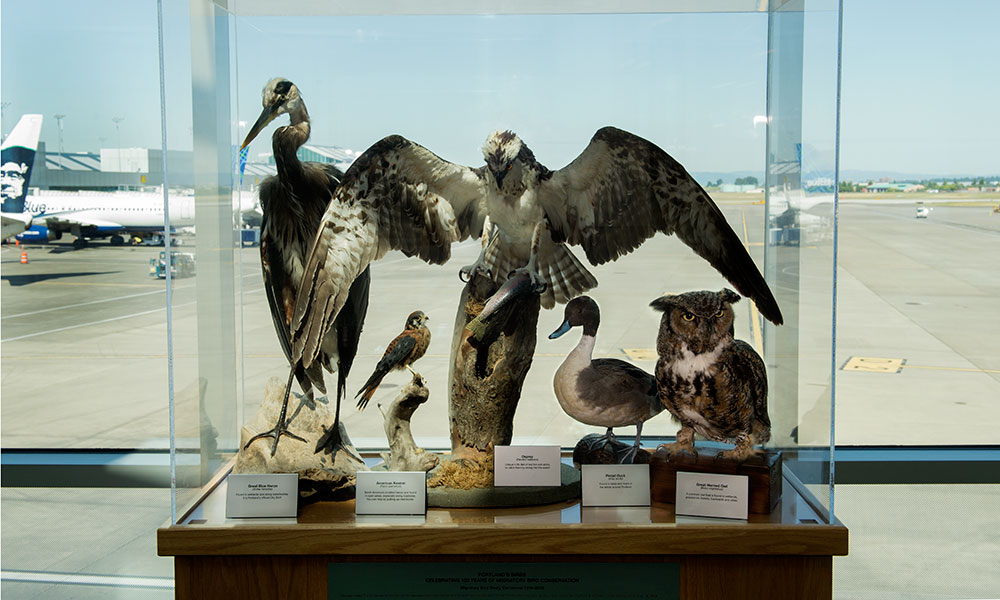 This year marks the centennial of the Convention between the United States and Great Britain (for Canada) for the Protection of Migratory Birds — also called the Migratory Bird Treaty — that was signed on Aug. 16, 1916.

The treaty connects the U.S. Fish and Wildlife Service with federal, state, private, non-government, tribal, and international partners who share a long, successful history of conserving, protecting, and managing migratory bird populations and their habitats. The Port of Portland works with the U.S. Fish and Wildlife Service in managing mitigation properties to enhance the region’s birdlife.

At the case, you can view a Great Horned Owl, Great Blue Heron, Osprey, Pintail Duck and American Kestrel close-up to see the details and colors of their feathers. Migratory birds are critical to healthy ecosystems, providing pollination, insect and rodent control and seed dispersal. Their beautiful forms and musical sounds add beauty to our world.