Big week in aviation biofuels! On Wednesday, Alaska Airlines began using a 20 percent biofuel blend in 75 commercial passenger flights between Portland, Seattle, and Washington, D.C. The fuel will be used over the next two weeks to demonstrate the effectiveness of biofuels in jet aircraft and to encourage growth in the aviation biofuels industry.

This move comes after Alaska Airlines’ participation in Sustainable Aviation Fuels Northwest, a regional effort to study opportunities for exapanding the aviation biofuels industry in the Pacific Northwest. We’ve covered the Port’s participation, along with Alaska Airlines and many other entities, elsewhere on the Port Currents blog, including the recent announcement that the project had been received an Environmental Innovation Award from Airports Council International – North America.

At the current scale of production, the biofuel blend is not cheap – it’s roughly six times more expensive than regular jet fuel. However, Alaska Airlines hopes to demonstrate that the aviation industry is willing and able to participate in new market opportunities. Bill Ayer, Alaska Air Group Chairman and CEO, said, “To the biofuels industry, we say: if you build it, we will buy it.”

Check back for more on this interesting and still-developing issue. Pictures from the first biofueled flight from Portland International Airport below. 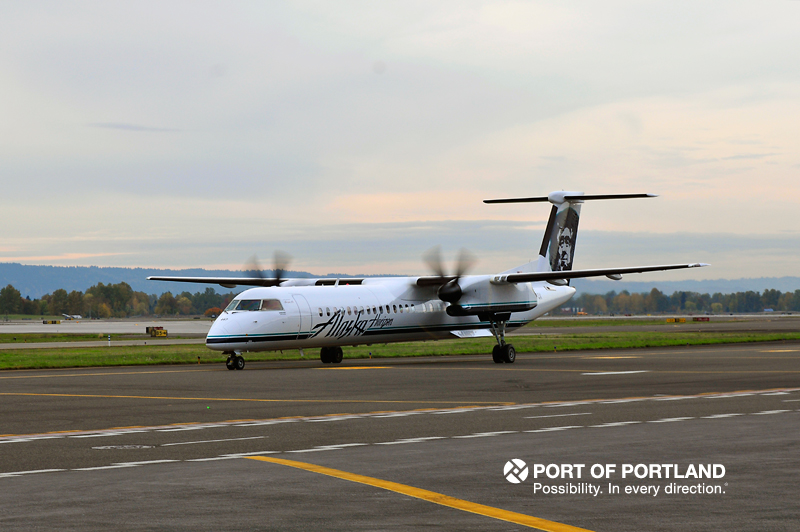 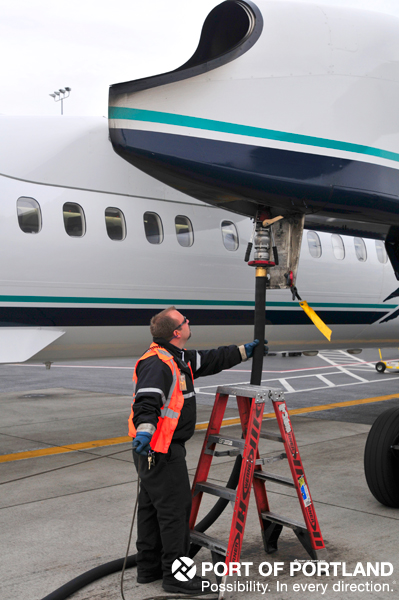