Just like roadways, runways wear out and need regular maintenance. Portland International Airport has three runways, so when any one runway is closed for maintenance, the other runways often carry more aircraft traffic until the repairs are complete. This creates changes in the air that are almost always noticed by people on the ground. 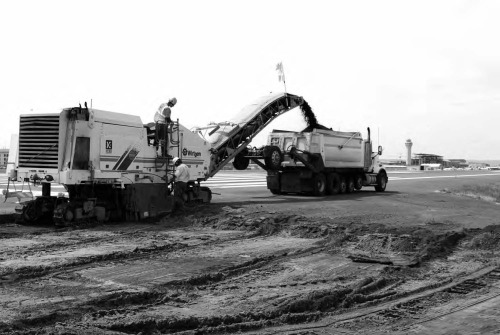 When the north runway was closed during 2009, more aircraft used the crosswind runway, increasing the number of flights over neighborhoods close to the airport. Throughout 2008 and 2009, the Port and its partners reached out to neighborhood and civic groups through a variety of methods in an effort to inform people living in the affected zip codes of the temporary flight changes and the project schedule. The outreach included neighborhood meetings, postcards, e-mail notification and neighborhood events such as Sunday Parkways and the Alberta Street Fair.

As the Port looks ahead to the next two summers of construction and continued reliance on the crosswind runway during closures of main runways, outreach efforts will continue.

We’ll use the same methods as last year and look for new ways to interact with citizens, like Movies in the Park, the Vancouver Six to Sunset concert series, and farmers’ markets. If you have ideas for ways that the Port could improve outreach to airport neighbors, please contact Brooke Berglund at 503.415.6532 or brooke.berglund@portofportland.com.

For more information, visit www.portofportland.com and click on Projects, Plans and Studies.