Friends of Trees, a local non-profit organization which plants and cares for city trees and green spaces celebrated another record-breaking planting season at its annual Leadership Award Luncheon in May, naming Port of Portland its Community Partner Award winner of the year. Leadership awards were also presented to NW Natural and the Audubon Society – Portland Chapter.

Bill Wyatt, executive director of the Port, accepted the Community Partner Award, honoring the Port for contributing tens of thousands of dollars to community tree plantings during the past decade. Wyatt noted the Port values its partnership with Friends of Trees so it can give back to the community. “I think we’re going to have a long and prosperous relationship,” he said. 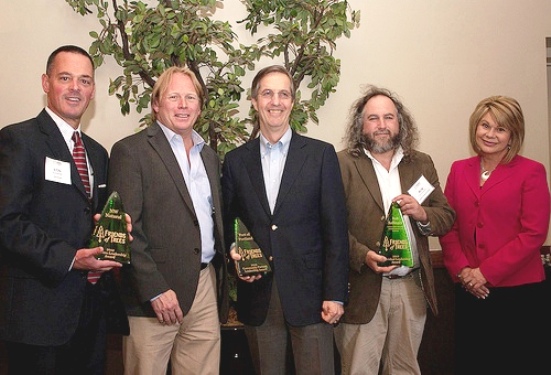