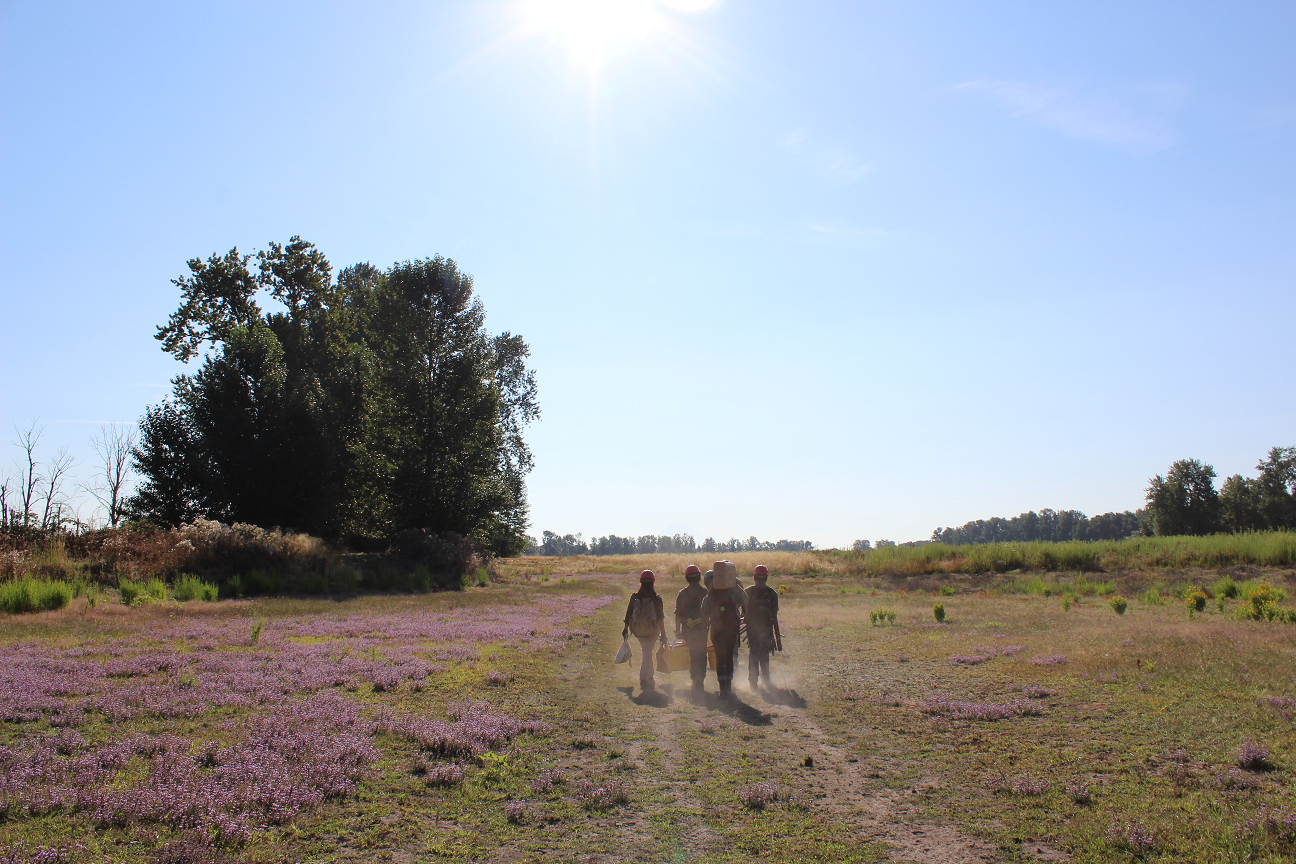 While traveling across the I-205 Glenn Jackson Bridge, you may have noticed a verdant natural area tucked in the Columbia River. Known as Government Island, Oregon Parks and Recreation Department manages fishing, boating and camping along its shoreline. While a popular destination for boaters, interior lands remain a mystery. We own the island and manage several large mitigation sites for wildlife habitat. This summer, we partnered with Northwest Youth Corps to prepare a new site for grassland enhancement. Restoring habitat on an island in the Columbia River has it challenges, as it’s a mile walk to the worksite. The Youth Corps helped us to prepare the site by removing Himalayan blackberry and an old fence, leftover from years of farming. While Himalayan blackberry provides tasty berries, its massive thickets take over and preclude native species. Once site preparation is complete and it is seeded, this 50 acre area will be filled with beautiful wildflowers, birds and butterflies that will match a previous grassland restoration – now abundant with Oregon Sunshine, Sneezeweed, Sea Blush and Checkerbloom. The Northwest Youth Corps is a youth empowerment organization in its 34th year of operation. They partner with local, regional and federal agencies to do conservation work, including the Port of Portland. The 2017 crew heralds from the Momentum Alliance; it is an organization that inspires young people to realize their power individually and collectively, and they mentor future social justice leaders.