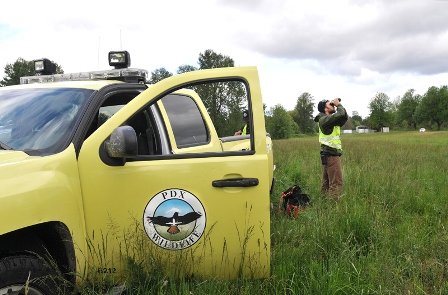 Nick Atwell and his team are much more than your average birdwatchers. They manage a comprehensive program that keeps passengers at Portland International Airport safe and relies on the best available research, techniques and technology.
PDX has one of the most robust airport wildlife management programs in the nation, and for good reason. PDX is located on the Pacific Flyway, a major north-south migratory path for birds. It is also the largest greenspace in the urban Portland landscape, surrounded by golf courses, the Columbia River and nearby undeveloped Government Island. All in all, it is a pretty attractive place for a bird – except for the 500 or so planes coming and going each day.
The Federal Aviation Administration requires airports to plan for and manage wildlife to ensure flight safety. It’s something that rarely crossed the mind of the average traveler until the Miracle on the Hudson (which incidentally just marked its fifth anniversary). The wildlife management team works seven days per week, from before sunrise to well after sunset while planes are arriving and departing. 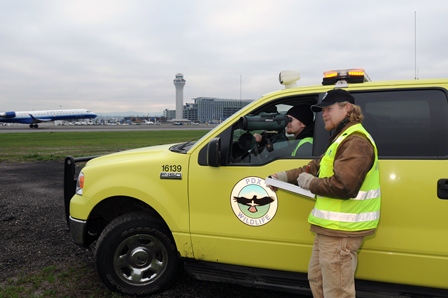 The program is also committed to using non-lethal methods whenever possible. Working on the airfield, the team has a portfolio of tools to haze birds (or the occasional coyote or deer) away from the airfield. Their vehicles are equipped with horns and sirens. Thermal imaging helps the team spot wildlife in the dark, which is also the best time to use a tool that emits a laser beam to haze birds. Loud noises are the most common method used for hazing. The team uses pyrotechnic devices and radio-controlled sound cannons located throughout the airfield. 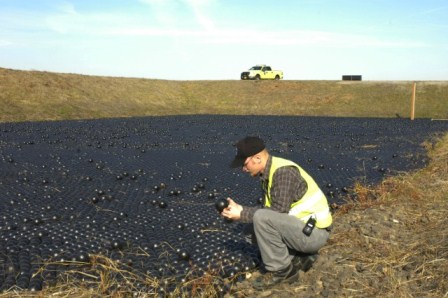 The presence of some birds actually helps support the program. Six resident red-tailed hawk pairs occupy their own niche on airport property. These raptors keep other species of birds away and many of them are savvy enough to thrive in the busy airport environment. A few hawks have been documented living at the airport for over 14 years. The wildlife management team also traps and relocates hundreds of raptors and performs nest interventions when needed. Since 1999, over 1,200 red-tailed hawks have been relocated to 25 different sites. Captured fledglings are sent to the Audubon Society of Portland’s flight cages on Sauvie Island, where they learn to fly and hunt before they are released back into the wild, away from PDX.

The team conducts research to help manage prey on airport property and determine the best methods for keeping their populations in check. The most prolific sources of food are grasshoppers, grey-tailed voles and earthworms. The team conducts grasshopper surveys and recently began testing a new type of turf grass that requires less frequent mowing. Grasshoppers are often stirred up during mowing, attracting predators and requiring careful coordination with flight activity. 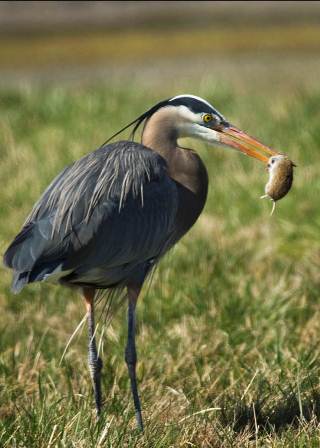 Though bird strikes do still occur at PDX, the wildlife management team carefully investigates and tracks data to continuously improve the program. For the most challenging investigations, the program relies on the prestigious Smithsonian Institute’s Feather Identification Lab, which offers precise DNA matching.