This week, the Port of Portland bid a fond farewell to our interns from Inha University in South Korea. The three students recently completed their five-month internships at the Port. Before departing, they each gave a final presentation about what they learned while working at the Port and reflected on being immersed in a different culture.

The trio is studying logistics and rotated through many different departments at the Port during their term. A few of their noteworthy accomplishments include conducting cargo market research, identifying new efficiencies for moving passengers through the ticket lobby at Portland International Airport and learning more about how other airports handle wireless internet and parking fees. One of the interns also shared his knowledge of South Korea’s “pay as you throw” waste collection system that uses RFID technology.

The Port has hosted interns from Inha University every year since 2009. In addition to providing them with a well-rounded educational experience, Port staff benefits from the daily cultural exchange with individuals from one of Oregon’s major trade partners. We wish them luck in their upcoming travels, completion of their studies and future careers.

Read intern Ellyn Lee’s previous guest post on this blog for an additional story about her early impressions after arriving in Oregon and working at the Port. 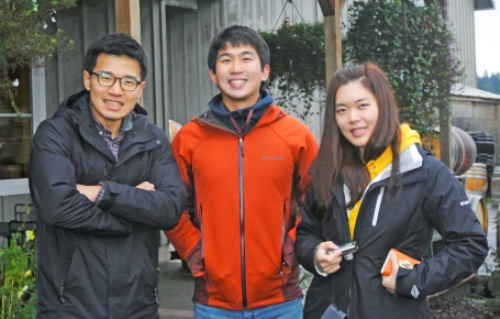